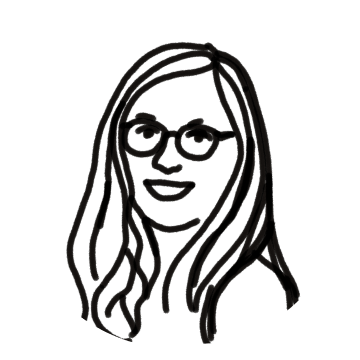 Here are the averages we found for each metric on our Inbox Checkup tool.

One month ago, we released the Inbox Checkup, an inbox analyzer able to give you data on what’s going on in your email inbox. The idea is quite simple. You plug in your email address and we’re able to scan your inbox’ activity during the past 100 days and show you data on the following 8 metrics:

As people gave their inbox a checkup, we were able to get general data on the state of everyone’s inbox.

But we also decided to dig a bit deeper and found out some interesting facts. Here are the top 5 things we learnt.

Disclaimer: Before we get into the data, one quick note on the fact that the data might be biased. We shared the tool around us and thus most people who took the checkup come from a startup or technical background.

1. 10% of people receive more than 100 emails per day (that’s more than one email every 6 minutes during working hours)

Because you’re wondering (at least we were), most people in the top 1% have lower response rates than average. But some of them still manage to keep their head above the water, with impressive response rates (like really).

This is probably due to the fact that personal communications are now held on more instant messaging apps – like Facebook messenger or Whatsapp – rather than through email, giving personal inboxes a break.

On average, people will reply in around 27 hours to emails on their individual inboxes. However, replies takes 6 extra hours to be sent out, reaching an average response time of 33 hours for shared inboxes. Just another hint for us that there’s definitely something to do to help companies manage their inboxes better (promise we didn’t tweak the numbers to get to this conclusion!)

4. There is such a thing as girl power when we talk about email

On average, women receive 50% more emails than men in their inboxes. What’s interesting though is that they have more or less the same percentage of important messages AND they have a higher response rate, of 15% compared to 13% for men.

5. Email is not dead, at least for a lot of people

We’ve talked before about why we truly believe that email is not dead. We now have the data to back it up. We’ve analyzed in details the top 100 email users who gave their inbox a checkup. And there are definitely some power users in there! But more importantly, people who receive the most emails from a higher number of contacts are also the people who respond more and quicker to their emails. Proving the fact that it is possible to have meaningful conversations through email, you just need a bit of organization (they also happen to have twice as many labels!).

Give yourself an email checkup

Try giving your inbox a checkup!