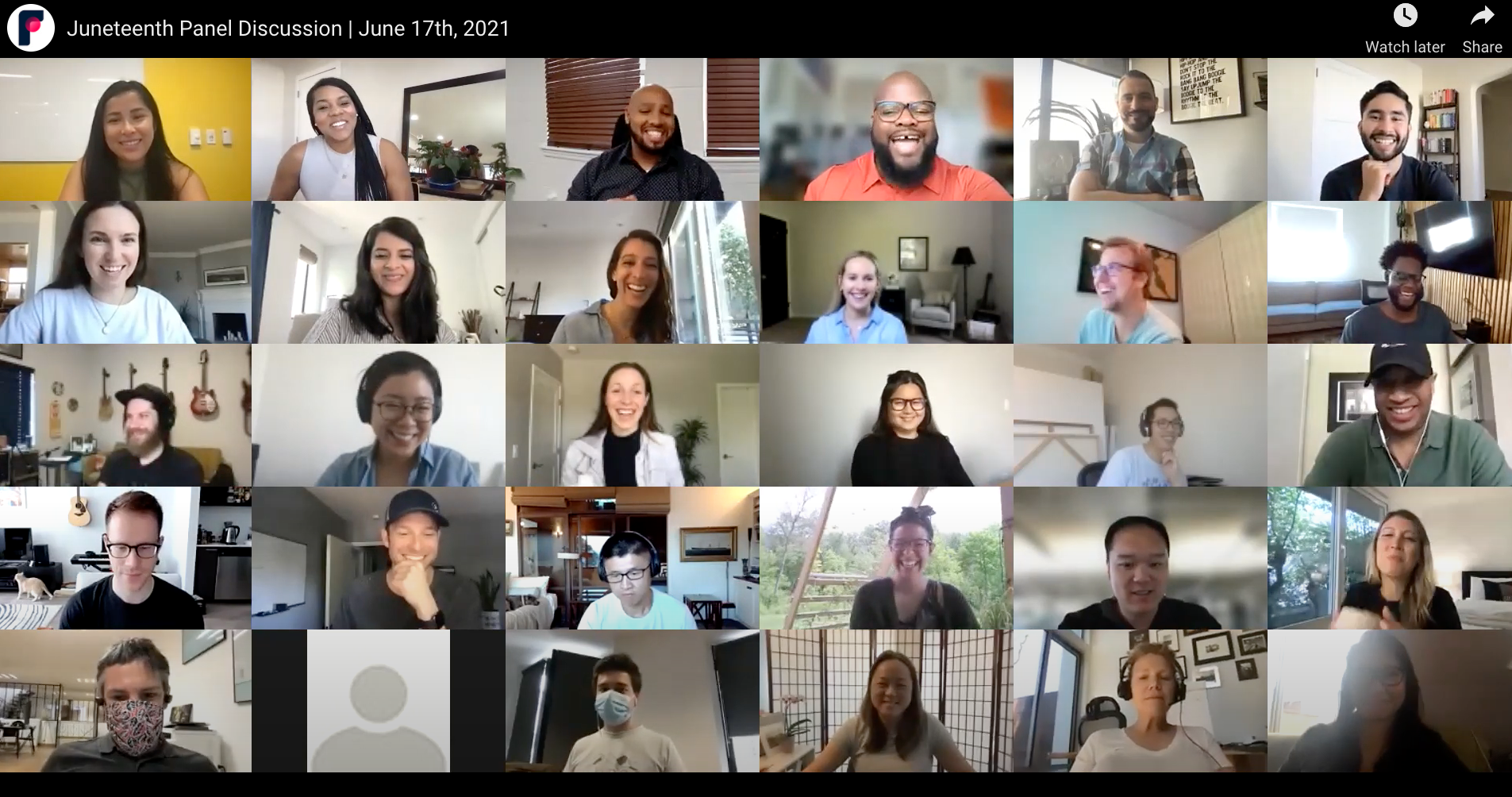 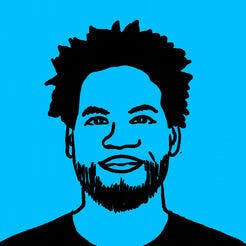 Our Juneteenth speaker panel shares the importance of the holiday, how they spent Juneteenth, and how they play a role in providing awareness around the racial injustices that are still present in the U.S.

Juneteenth is a day where we celebrate and remember when slavery ended in the U.S.—June 19th, 1865. For many African Americans, it’s also a time to acknowledge and recognize the contributions Black men and women have made to American culture.

As Juneteenth is celebrated this year, it’s not hard to see that African Americans are still going through the same racial injustices that have plagued us for decades. Choosing to celebrate Juneteenth also means continuing to stand for justice and much-needed change for African American communities.

As a Black man, I am proud to work for a company that stands with my culture and gives us a platform for our voices and concerns to be heard. Our DEI group, Black-at-Front, hosted a Juneteenth panel discussion to celebrate and provide insight to those who may not know the significance of Juneteenth.

We spoke with notable leaders such as:

We wanted to share with you the top takeaways from the panelists, how they spent Juneteenth, and how they play a role in providing awareness around the racial injustices that are still present in the U.S.

What Juneteenth means to the panelists and how they are reflecting

All three panelists recognized that they were enthused to hear about Juneteenth finally being recognized as a federal holiday but also took note that the work doesn’t stop there.

Tobias Spears said, "We are not free until we are all free." He chooses to take Juneteenth as a day of reflection and to exist with hopes of true freedom for all people.

Juneteenth is also used as a day to spend time with folks in the African American community. Cookouts, festivals, and spending time with loved ones is always a great way to spend the holiday. David Mayes usually spends the holiday with family; he says, "As Juneteenth becomes a national holiday, hopefully, it opens the door to more conversations and more actions to affect meaningful change for African Americans in the US."

What it means to be an ally

With racial injustice still taking place within the U.S., it has been meaningful to see people of different colors wanting to show support for African Americans. Becoming an ally means understanding that racial injustice is still alive and not where it should be is one step—and the next is actively taking a stance to be anti-racist in everyday life.

With the recent incidents and police brutalities that have taken place, allyship has become a buzzword as many people and businesses have spoken out on the recent deaths of African Americans, but words only go so far. Being an ally also means taking action. The panelist spoke on how they view allyship and its impact.

Dave Mayes said he had become an ally by connecting with people in the communities that have been victimized by racism. Trying to put himself in the shoes of those who are different then has given Dave a different perspective and understanding of African American communities.

According to Tobias Spears, "Allyship is not always a friendly process." It’s a hard thing to do to relate yourself to another person or community. They may not like it, but if you show your genuine care and curiosity, you may win them over. Tobias also notes that there are levels to allyship. Some people may use their resources, while others can become comrades. There is no one way to be an ally, but the goal is for all of us to be equal and support and uplift one another to take action where we can.

"The goal is justice," said Philip Pinckney. Allyship is not only pro-black, but it should be pro-justice for all cultures and communities. Philip also said that the next step in allyship is embracing intra-cultural and intra-racial conversations to be had and understanding whatever the topic may be.

How to work happier through tough and emotional days

At Front, we believe that every employee should be given the opportunity to work happier. Ambitious work doesn’t have to be at odds with a fulfilling personal life. But when you turn on the news and you see another video of police brutality or acts of racism, it’s hard to work happily. It’s hard to push forward and prepare yourself for your next meeting.

The panelists gave us some insight into how they push forward and handle the tough and emotional days.

Tobias touched on the point that companies are doing a good job using their resources and money to show awareness for their employees, but ultimately, "it’s a wellness issue. Folks need time," he said. Time to decompress is key when dealing with outside matters, as we have seen in the past year. Time not to work is just as important as the time spent in front of the computer.

"I’ve got to process and deal with what I am going through, not just ignore it," said Philip Pinckney. As a husband and father of two children, he can’t take a step back. He doesn’t see this as a burden but a calling.

Dave Mays said the tough and emotional days are motivation for him. He believes in the power of hip-hop to change the world. Dave continues to work on projects in the media and music industry to erase racial injustice and racism.

We’re grateful to have had these panelists come speak to the company so we can honor Juneteenth and work towards better allyship as a team. We recognize that this is one small step. As part of Black-at-Front, we’re excited to continue building on these efforts for years to come.