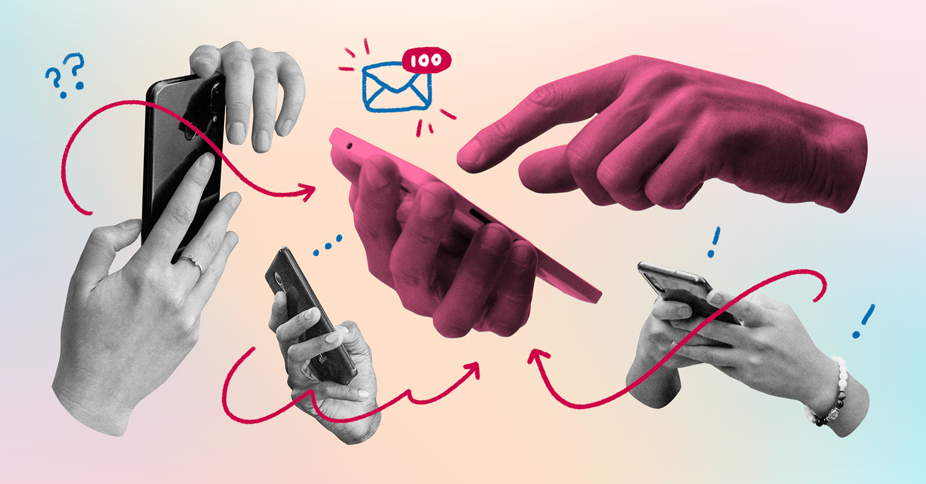 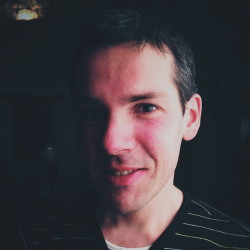 My name is Laurent Perrin, and I’m the CTO and co-founder of Front. I want to take you back to the early days of Front when our small, scrappy team did everything we could to get the company off the ground. These are some of my favorite memories of building Front, so I’m excited to share them with you.

Today, you can manage 70+ channels in Front — and build your own plugins using our API. We have over 7,000 customers, some with thousands of users each, and I’m constantly impressed by the ways they bring their wildest workflow ideas to life using our automation. But, I want to take you back to a time before these complexities were a reality — to 2014 when we were still in Y Combinator, when SMS text was first integrated into our product, and when we secured our first 100+ seat customer.

How Front’s SMS came to be

The vast majority of Front users at this point relied on email only, but we had built it to be multi-channel from the very beginning. We had invested in this for two reasons:

But we didn’t expect this to be a significant business driver this early in our journey.

YC has a very hands-free approach: For the most part, your team is expected to lock itself in a house and cover as much ground as possible in a few weeks.

There was, however, one ritual meant to let everyone cool off a little: once a week, everyone would gather at YC for dinner and an informal, off-the-record chat with a successful founder (I remember thinking that Mathilde would surely come back as a speaker — which she eventually did!).

For us, this was a stressful moment: Front is a product that almost any company can use, and we knew that come Demo Day, investors would inevitably ask us how many of our batchmates we managed to convince. Pitching your product during the only break of the week was a big no-no, so progress was slow.

Near the end of YC, we were looking for ideas to accelerate the business: so far, we had maintained a consistent 25% week-over-week growth but of course, it got harder every week. Front was growing quickly, but the timeframe was tight, and we wanted to be in the strongest position to pitch to investors. We were looking for ideas that could be built, released, and sold in a matter of days. It was the era of doing things that don’t scale, and anything that could get customers on board was worth it.

After one dinner, Mathilde, Front’s CEO and co-founder, came back and shared something interesting: 3 batchmates were running on-demand companies and were struggling with SMS. One of them confessed that their current workflow was to run around the office with a single phone receiving all customers’ SMS texts and giving them to the right person.

She wondered: “Would it be possible to build a Twilio connector in Front?”

It seemed simple enough, and lo and behold, one long weekend later, we had built the SMS text channel in Front. One tiny problem that we discovered along the way was that it was hard to figure out who you were talking to if you could only see numeric phone numbers. So, during that weekend, Front’s first contact manager was born.

Getting our first 100 seat customer

This got traction with on-demand companies, but we could surely do better. At that time, one of the most promising startups in this space was Homejoy, which was a marketplace to find house cleaners. We suspected that our SMS integration would be useful for them. Homejoy’s CEO, Adora Cheung, was close to YC so Mathilde reached out for an office hour to show Front and get Adora’s advice.

We arrived in the Homejoy office on a Saturday. We explained what we had built and showed her a demo when we met. As soon as the demo began, Adora paused Mathilde, excused herself, and returned a few minutes later with her COO.

It turns out that Homejoy was working on the same feature, but because they could not build on the foundations of Front like we were, it would require a massive investment spanning several months. We signed Homejoy the following week, and they featured prominently in our Demo Day deck.

Homejoy was our first 100+ seat customer. We were proud of reaching this milestone only a couple of months after launching. It proved to be a big stepping stone for us. Since we now had a 100+ seat customer, we felt comfortable onboarding more, even if our first one had a unique use case tied to SMS. Building in a tiny use case where the only competition was running around with a phone in hand gave us the clout we needed to grow in a much bigger market.

How we got on stage at Twilio Signal

The next logical step was to build a partnership with Twilio. They were already a large company with an excellent developer brand. Even though we were a team of 5, we thought it was a great opportunity for them, too: we had built an advanced UI on top of their API to allow people to collaborate at scale on SMS.

We reached out many times, but at the time, Twilio saw itself as an API-first company, and they were not immediately interested. Eventually, Mathilde managed to speak with the CEO of Twilio. He immediately saw the value. They wrote about it on Twilio’s blog and offered her the opportunity to demo Front on stage at the next Twilio conference.

We didn’t have many opportunities to celebrate at this point, so on the day of the conference, we gathered around the office TV, grabbed a drink, and connected to the stream as Mathilde was coming on stage. Everything was done last minute, so even Mathilde didn’t know exactly how things would play out.

The demo started as expected: the CEO of Twilio connected a Front inbox to a Twilio number and sent a test message which promptly appeared in the Front inbox. He then replied from Front, and the message immediately appeared back on his phone.

Of course, none of this was surprising, but there was something magical about hitting enter on your keyboard and immediately seeing your phone light up when you knew how many systems stood between the two.

What happened next, however, was very surprising to us.

The giant screen behind the stage suddenly showed a giant phone number, and Jeff exclaimed something like: “And now, YOU can send a text message too!” The room was packed full of people, and we could see several thousand people on the stream. Immediately, hundreds of messages started appearing in the Front inbox.

It felt as if monsters had just jumped out of the TV. I like to remember that one of us spilled a drink while running for their laptop.

We already had customers who were using Front pretty regularly, and we did not worry about the volume from the Twilio demo overloading our servers. However, we never had so many messages arrive in the same inbox, and it was possible that this would hit a limit somewhere we were not aware of. Thankfully, that didn’t happen.

I could tell you that this was stressful, but really, when you start a startup, you do it to live moments like these. Even though starting a company comes with uncertainty, fear of failure, and surprises, it’s all part of the process. And moments like these make the best stories to look back on years down the line.

Thanks for reading — it’s one of the many fun memories I have from building Front. If you’re interested in joining our team, check out our open roles.

The 5 principles that guide our development at Front

Here’s how our we’re living out our company values and keeping quick, consistent development as we scale.