sennder is the leading digital European freight forwarder that offers shippers access to their connected fleet of thousands of trucks. As a data-centric company, the sennder team built proprietary technology that provides industry-leading transparency, flexibility, and efficiency for cargo procurement and distribution. With more than 800 employees, the sennder team manages more than 12,500 trucks across Europe. Their team relies on Front to bring their communication with carriers and shippers to the next level.

sennder has been rapidly growing over the last year. Acquiring two companies and adding four new offices in 2020 resulted in a mishmash of communication processes. Each team was using different software and had varying procedures. Some offices were working on Zendesk, some on Gmail and Google Groups. Many used Slack, where collaboration was disconnected entirely from customer communication.

Daniel Mota Pereira, Principal Operations Tooling at sennder, shares, “We had teams working with different tools that were not integrated to each other. We realized there were a lot of repetitive tasks that could be streamlined or completely automated. Through Front we could optimize collaboration between teams.”

The company was looking to improve data on team performance, gain visibility between teams, and increase customer satisfaction. Their team runs thousands of loads daily—communication must stay on track so that customers’ loads get picked up on schedule.

sennder implemented Front with 400 teammates in their seven offices across Europe to serve as their single source of truth for communication.

Front features and integrations save 3,500 hours a month

The sennder team created a 360-degree view of customer data and communication by using Front’s integrations with Salesforce, Asana, Slack, Aircall, and Looker. Teammates can see all data from these systems within Front — they no longer have to manage multiple tools to find the specific information they need. For example, with Front Analytics and the Looker integration, they have 16 dashboards that include daily hours spent in the tool, a daily and weekly activity report, how many messages are managed per user, and which integrations are active and how they are being used.

Additionally, the team has created an integration with their internal operations system, called Octopus, using Front’s API. With this integration, an agent can immediately see load times, who’s responsible for each load, and search for loads, all through Front. As a result, they’re saving an average of 3,500 hours a month on this API but also features, which they’re now using to work on revenue-generating tasks.

Pereira says that personalization has been key to the company’s growth. “People are communicating with shippers and carriers. We use templates and personalize them to the customer. And we use Front to look at the performance data associated with each shipper to identify where we need to make improvements. We can see outliers and determine Net Promoter Scores (NET).” He also says that being able to highlight their performance data in the 6-month review with shippers has helped to create loyalty.

sennder uses tags to route customer messages to appropriate team members as the requests arrive. For example, a shipping partner cancellation request gets tagged, and it moves to the inbox of a team that handles it immediately according to a service level agreement (SLA). They quickly arrange another shipping partner, so the customer’s load gets picked up as scheduled.

Comments give the team full visibility into load status

sennder has different teams working with the carriers and shippers — but the teams work on the same loads. Front’s comments feature gives them complete visibility into load status, so they can immediately alert their partner team when something happens with a load.

Pereira has advice for other teams using disconnected tools or an inefficient communication process: “Don’t wait until your team is in a growing phase. Implement Front even if you’re early-stage to set your team up for success!” 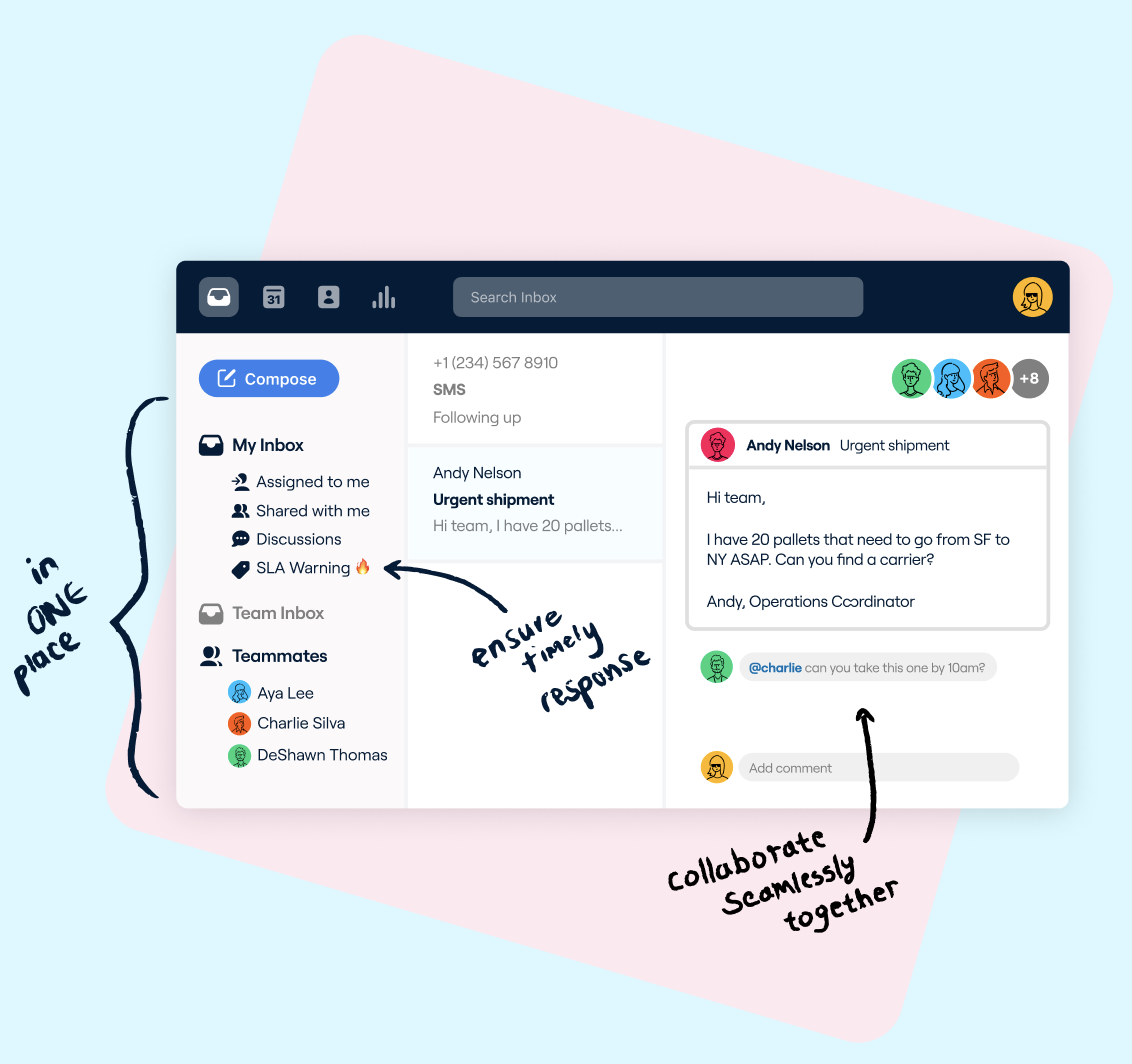 Webinar
How logistics companies use Front as their competitive edge

Watch our demo to learn how logistics companies use Front to transform customer communications at scale. 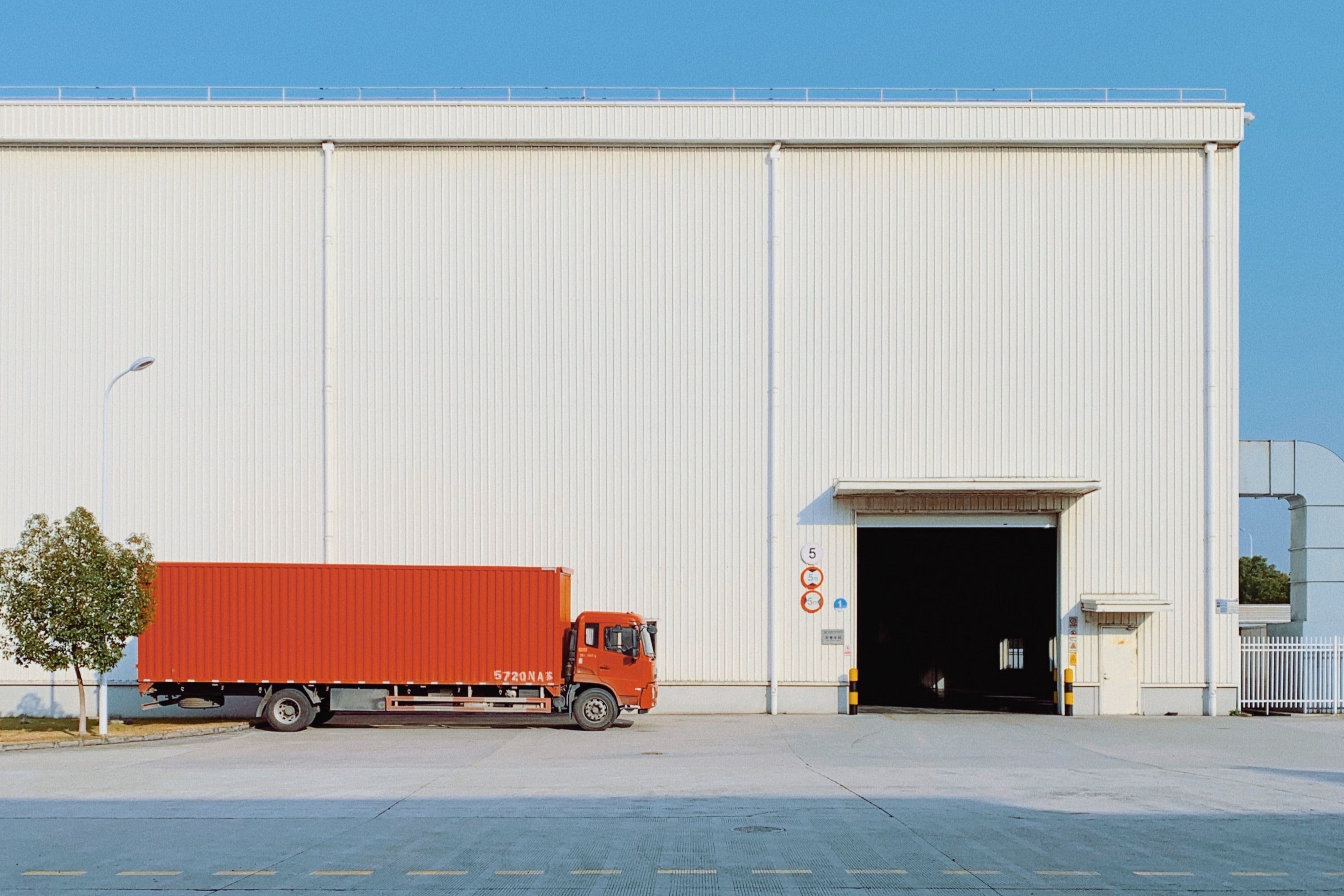 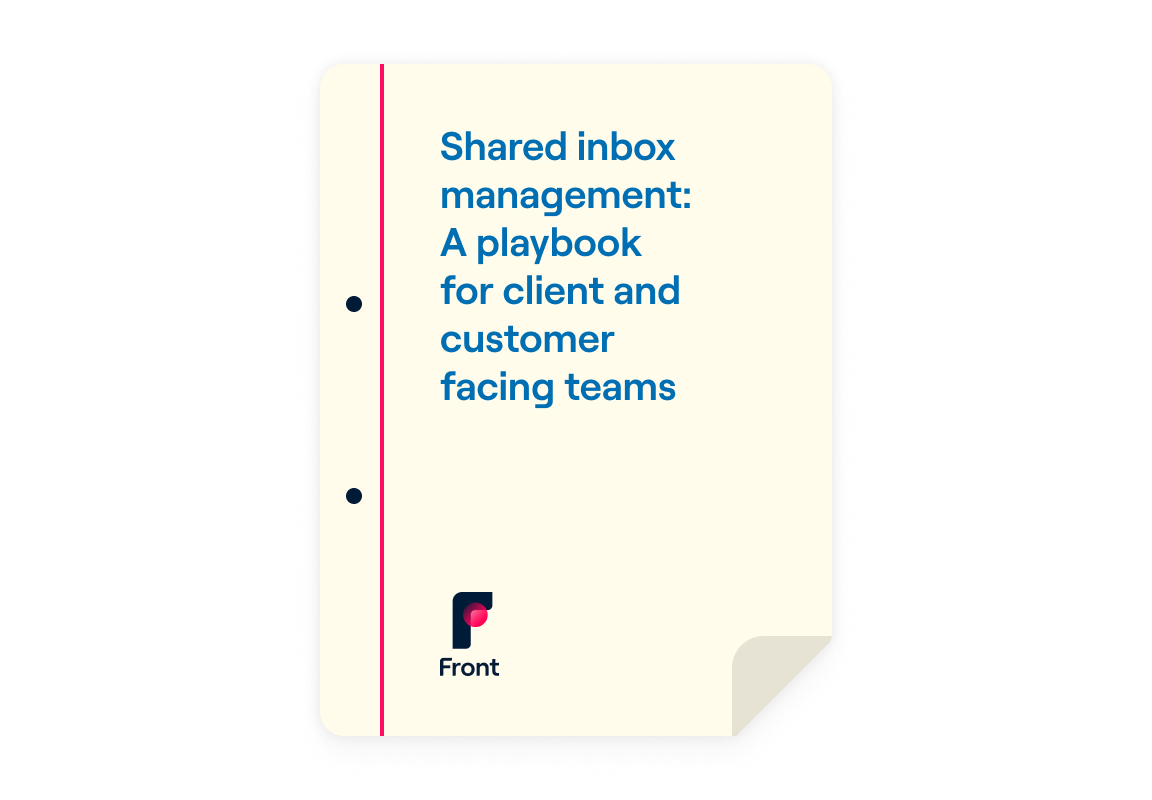 What’s a shared inbox? Why do teams use them for customer communications? Here’s what you need to know.

Want to see Front in action?
Request a demo!